Steelhead season off to good start on Chetco 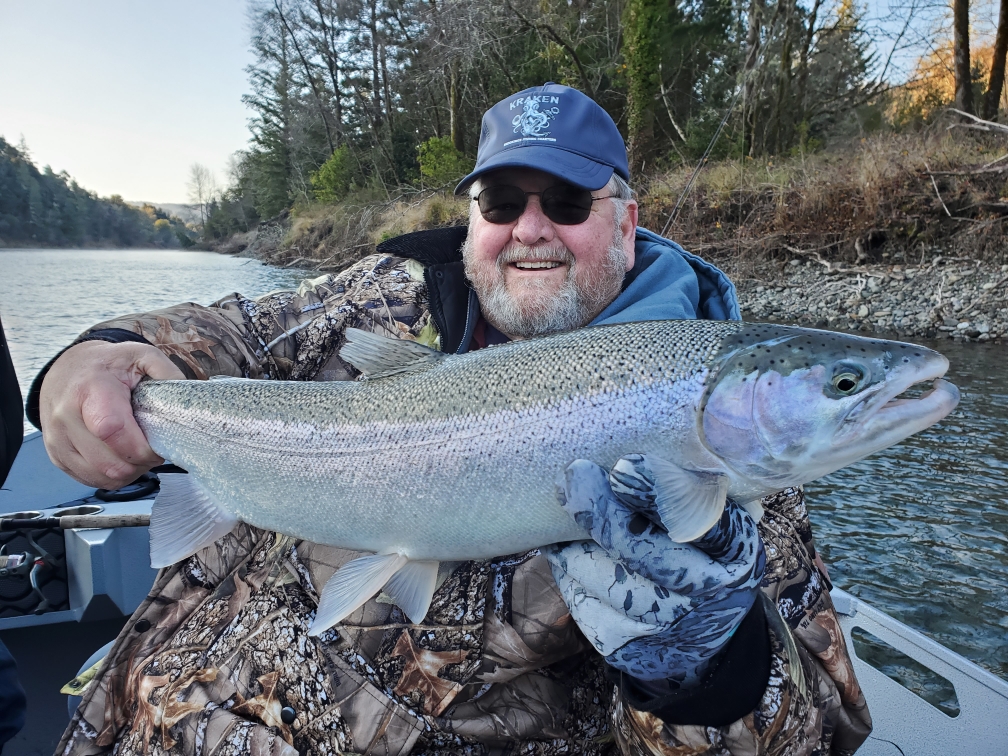 Steelhead have arrived early in the Chetco River, a good sign as the peak season rapidly approaches. Guides fishing for Wild Rivers Fishing have been finding a mix of hatchery and wild steelhead in the Chetco, along with late fall salmon. An early showing of steelhead in December generally signals good fishing in January and February, when the bulk of the run arrives.

Heavy rain just before Christmas is expected to blow the Chetco out for several days, but as it drops into shape around New Year’s Day, except very good fishing. Big numbers of steelhead have already moved into the river, and more fish will come with the higher flows.

Throughout December, steelhead were caught as guides targeted late fall salmon. Capt. Sam got a customer into the first adult steelhead of the season, while Capt. Michael and Capt. Mick also have enjoyed success on the lower Chetco River for winter steelhead. Most of the steelhead have been caught side-drifting roe, but a few also have been caught with MagLip plugs.

The Wild Rivers Fishing guides are licensed in Oregon and California and offer winter steelhead drift boat trips on the Chetco, Smith, Elk and Sixes rivers. Peak season is January and February, but fresh fish arrive well into March. Capt. Andy, Mick and Travis are licensed to take customer to the Wild and Scenic section of the Upper Chetco River, home to some of the best steelhead fishing in Oregon.

The Chetco is home to a healthy run of wild steelhead, and also has large numbers of hatchery fish, especially in late January and early February. Both wild and hatchery steelhead may be kept.

On the Smith, only hatchery steelhead can be kept, but anglers have a decent chance at a large fish. Steelhead over 20 pounds are caught each winter.