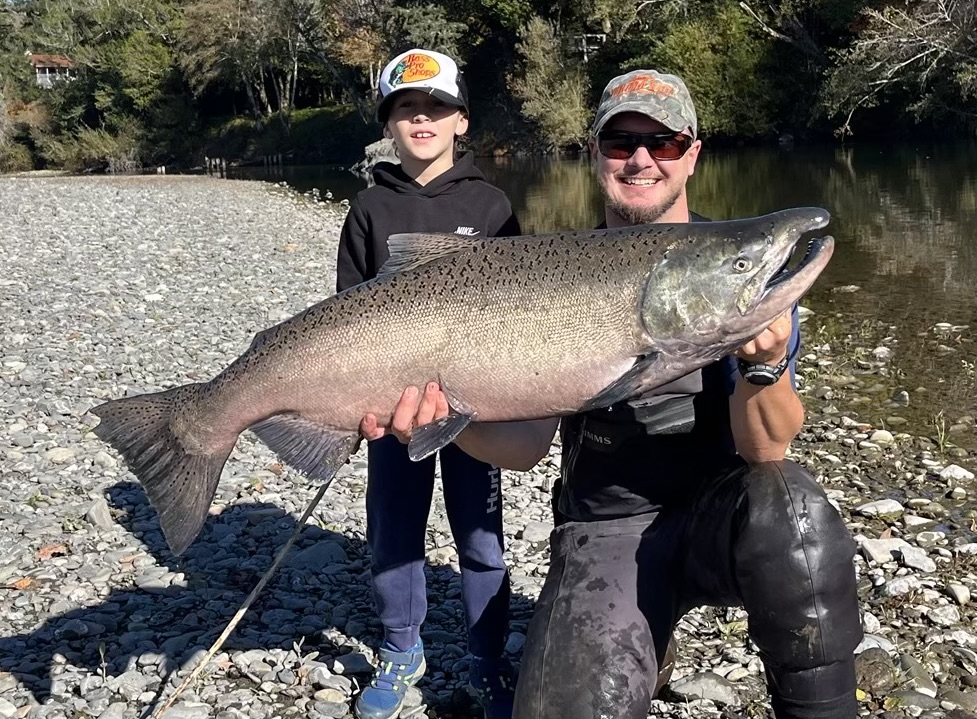 King salmon are continuing to trickle into coastal rivers even as Christmas approaches, as one of the best fall salmon seasons in recent memory winds down. The numbers of kings returning to the Chetco and Smith rivers were well above average this year, while the Elk and Sixes rivers also had solid runs.

Salmon fishing was very good on the Chetco estuary in September and October. By late October, the Wild Rivers Fishing guides found big schools of salmon in the tidewater, and further upriver, and enjoyed good catch rates using bobbers, roe and sand shrimp. After fall rains increased flows, fishing was good throughout the river. November produced solid fishing for kings until low flows again made fishing tough, although there was no shortage of fish.

Another shot of rain arrived in early December. The Chetco fished well, while the Elk and Sixes rivers produced great fishing for a week. Just before Christmas, guides fishing the Chetco continued to catch salmon, although most were dark and ready to spawn.

Spawning surveys by the Oregon Department of Fish and Wildlife showed an above-average spawning run. Large numbers of salmon spawned in tributaries throughout the river, while salmon also spawned in the main part of the river. Lots of jacks, which are 2-year-old salmon, indicate next year’s run also should be large.

Steelhead also made an early showing in the river. January and February are peak season, and good fishing is expected this season. To book a drift boat trip, visit www.wildriversfishing.com or call (541) 813-1082.