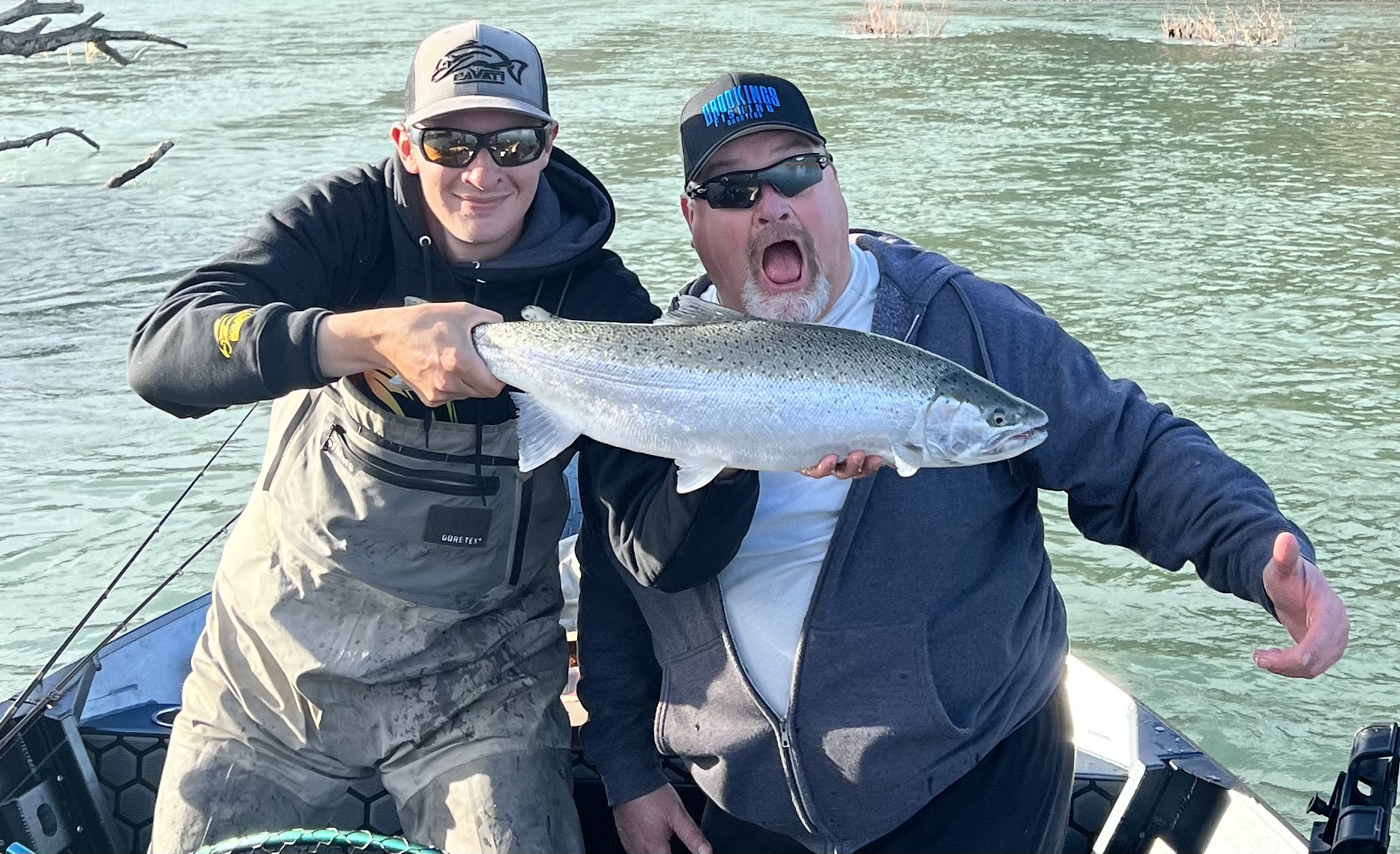 Frequent storms with heavy rain have steelhead season off to an early start on the Chetco and Smith rivers. A mix of hatchery and wild steelhead have already been caught on both streams, and now anglers are waiting for a break in the weather to get on the water.

Steelhead began arriving in late November, but low, clear conditions made getting a good drift difficult. After heavy rain in early December, steelhead arrived in big numbers on the Chetco and Smith. The water has been high for the past few weeks, making side-drifting difficult, but giving plunkers using large Spin-N-Glos a good opportunity to catch fish from shore.

Our guides have had some success so far this season side-drifting when flows are below 4,000 cfs, and also have caught steelhead anchoring in the softer water near shore and fishing 3.5 MagLip plugs.

Peak season for Chetco River winter steelhead is the last week of December, all of January and February, and the first week of March. The season runs through March 31. The Smith River also fishes best during the same time frame, but remains open through April.

Many visiting anglers will book two days, so they can fish the Smith River and the Chetco River during their same trip to the coast. Our guides are licensed in Oregon and California, and also have special use permits for the Wild and Scenic Upper Chetco River, located within the U.S. Forest Service boundary.

The Chetco fishes best for steelhead between 2,500 cfs and 3,500 cfs. The Smith River will fish during higher flows. The Elk River to the north of the Chetco also fishes well immediately after a heavy rain, while other rivers take a couple of days to come into shape.