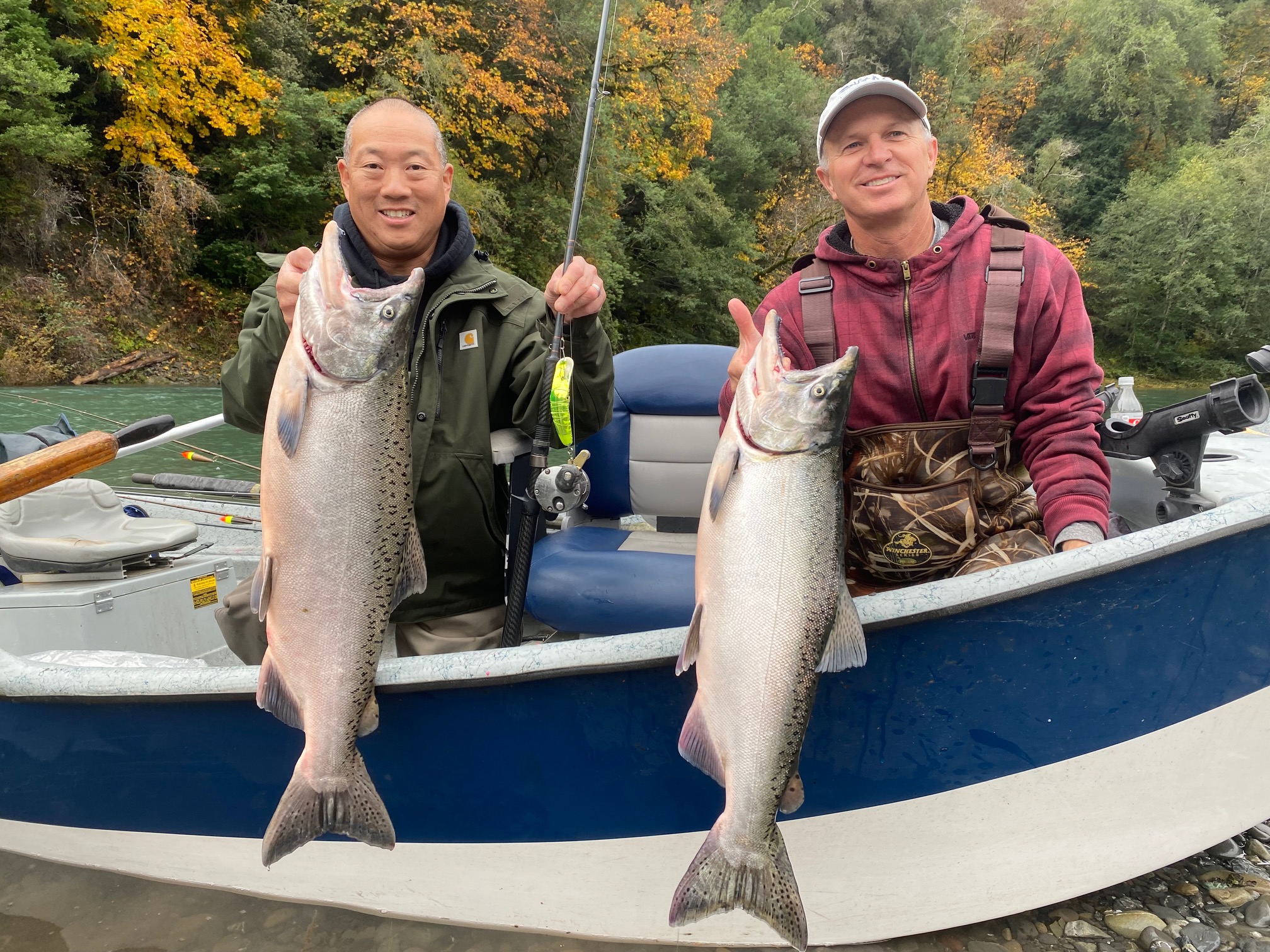 The 2021 drift boat salmon season on the Chetco, Smith, Elk and Sixes rivers started hot, as big storms brought impressive numbers of fish in, but ended on a slow note, as prolonged low, clear water made fishing tough the second half of November and in early December.

In October and early November, the action was great. The Wild Rivers Fishing crew of Andy, Michael, Rye, Mick, Sam and Shane bounced around from the Smith to Chetco and then Elk and Sixes, getting into decent numbers of kings on each trip. The rivers then blew out in early November, and then slowed as the rain stopped.

Action overall was above-average early in the season, but slow during the second half. Focus now turns to winter steelhead, which are already showing up on the Smith and Chetco rivers, and should get better with rains in mid-December. A few more bright salmon also should show up on the Chetco and Smith, and especially on the Elk and Sixes, after the first big rain of December.

The first drift boat salmon trips started in late September, when rains increased flows on the Smith River and a bunch of jacks moved in. Andy, Rye and Sam got in on the action, and caught big numbers of salmon on plugs. Lots of doubles on the smaller kings stacked up in the lower section of the Smith.

In mid-October, more rains fell, and the drift boat season got underway on the Chetco and Smith. We used bobbers and eggs, plugs and divers and bait to get into fish on both rivers. Another big rain in early November brought in the last decent fishing on the Smith and Chetco, which then slowed as the bulk of the fish moved upstream to spawn.

The action was good on the Elk and Sixes for a couple of weeks, but they too got low and clear and the action slowed.

Peak season for steelhead fishing is late December through February. With several local guides working out of our office, we have some availability. Call (541) 813-1082 to schedule a winter steelhead drift boat trip.

Here are some more photos of our 2021 drift boat salmon season on the Chetco, Smith, Elk and Sixes rivers.