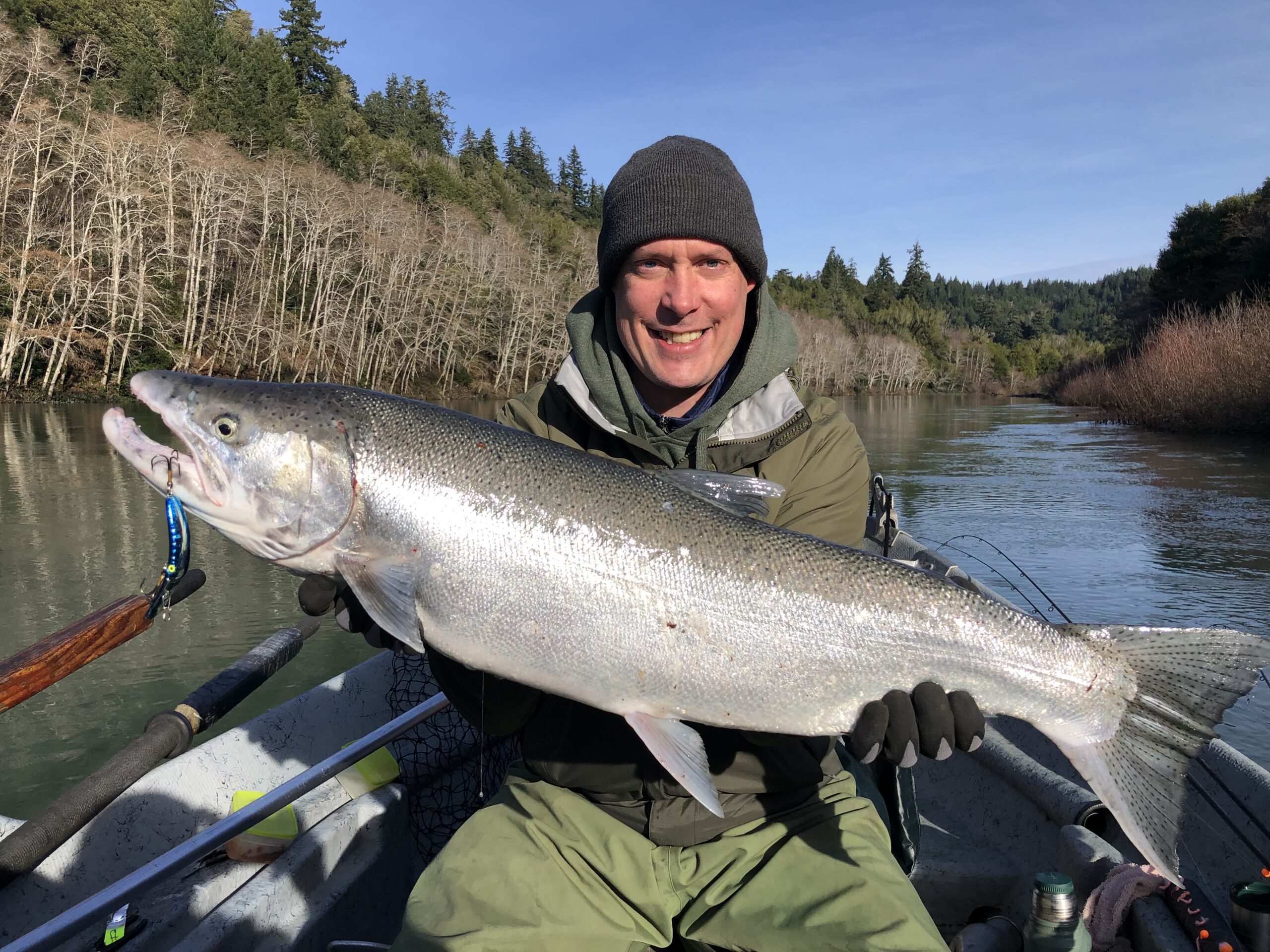 The peak of the winter steelhead season has arrived on the Chetco and Smith Rivers, and although fishing is only fair at best, some of the fish being caught are in the mid-teens or bigger. The Smith already has produced a handful of 20-plus-pound steelhead, and the Chetco has yielded several fish in the upper teens.

High water in early January has brought in decent numbers of steelhead. Catch rates, however, are still somewhat low, with one to two fish a day on average. There is a nice mix of hatchery and wild steelhead on the Chetco, while the Smith has a few hatchery steelhead, and plenty of bigger wild fish.

As the rivers dropped back into shape after the New Year’s rain storm, the Wild Rivers Fishing crew spent the first few days the Chetco was fishable by running plugs close to shore. A 19-pound and an 18-pound steelhead were caught on 3.5 MagLips. After the river continued to drop, side-drifting was effective.