Salmon season winds down, steelhead next 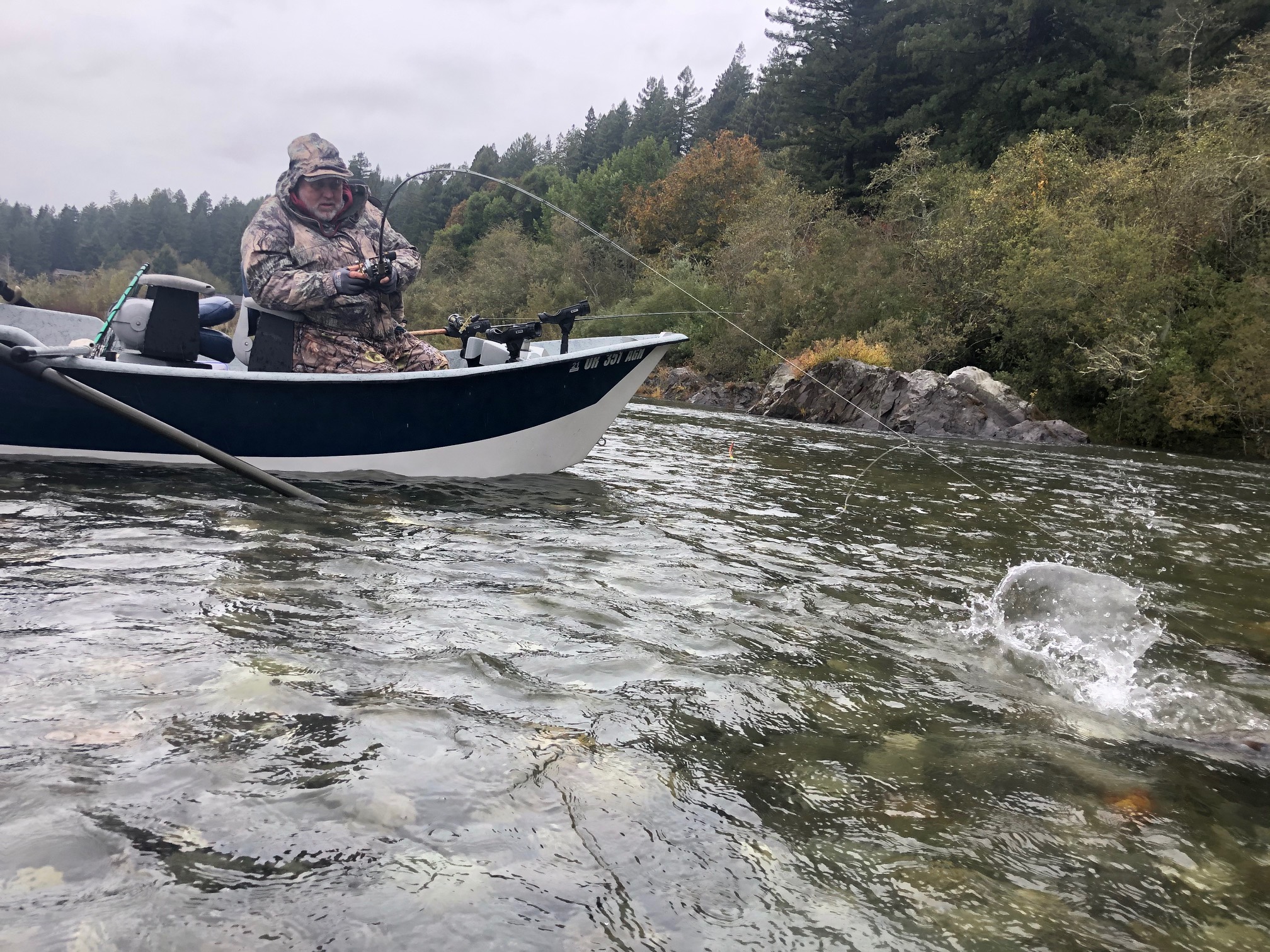 The drift boat salmon season on the Smith and Chetco rivers is winding down, about to give way to steelhead fishing now through the end of March. Heavy rain in mid-November allowed for the first opener of the season on the Smith River above Rowdy Creek and on the Chetco River above the estuary. Two weeks into the season, most of the salmon run has now spawned as the first steelhead begin to show up.

The opening day on the Smith resulted in epic fishing for the guides Wild Rivers Fishing had on the river. Andy, Mick, Rye and Sam got customers into big numbers of kings, with double-digit hookups for some of the anglers. Salmon had been stacking up in the Smith for weeks, as the fish were biting aggressively during the opener.

The next day, heavy rains blew out both the Chetco and Smith. From that point until now, the salmon fishing has been tough on both rivers, as many of the kings spawned as soon as the water levels rose.

The Chetco produced decent salmon fishing the first week it was open, with bright kings spread throughout the lower river. But with rains arriving late this year, the majority of the salmon spawned soon after the first big rise in flows. The last several days, fishing has been tough.

For the past week, salmon fishing has been slow, but adult steelhead are beginning to show up on the Chetco. There have been reports of four steelhead Thanksgiving week on the lower river, along with big numbers of halfpounders.

Salmon will continue to trickle in for the next month, while the steelhead run will accelerate. Expect steelhead fishing to be good by late December. Some seasons, limits are possible by the second week of December. January and February are the peak season for steelhead on the Chetco and Smith rivers.

Last season, salmon fishing remained good on the Elk and Sixes rivers into late December. Good flows are needed to get down these small coastal rivers, and they will remain options as weather conditions allow.

One of the highlights of fall fishing on the Smith and Chetco is the beautiful scenery, and autumn colors. Colorful trees still line the banks of the rivers. By January, the leaves will be gone, and the cold weather will trigger the main migration of winter steelhead.