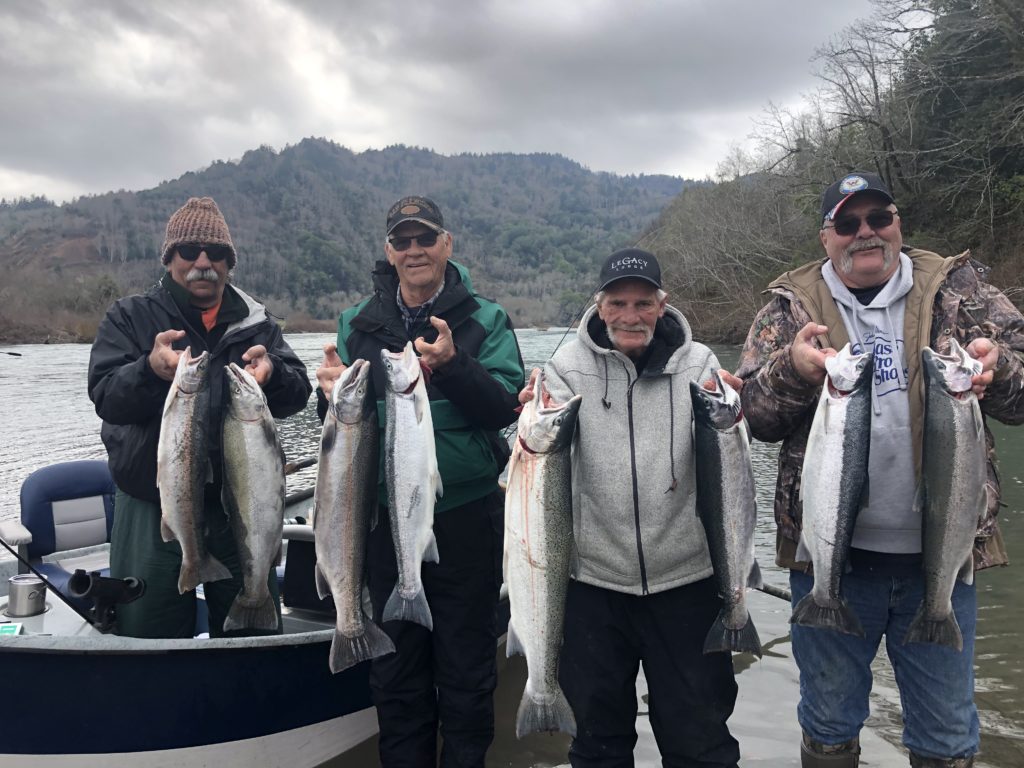 The 2020 winter steelhead run on the Chetco, Smith, Elk and Sixes rivers is winding down, but looking back, the return to the coastal rivers was above average, with very good fishing when conditions were right.

We began the season with high, off-colored water, and spent much of early January on the Smith River in Northern California. The Chetco was too high until late January, but as it dropped, fishing was excellent. He encountered large numbers of hatchery fish this year, along with a strong run of wild steelhead. Overall, the Smith had one of its best runs in years, with new fish continuing to arrive. The Chetco was also very good, although it has been low and clear since mid-February. There are plenty of fish around, but they are tough to catch with low, clear water.

We caught most of our steelhead this season on roe and Puff Balls or Corkies, side-drifting on the lower portions of the river. The lower Chetco was especially productive this season, as was the Smith between the Forks and Ruby.

Steelhead season remains open through March on the Chetco and through April on the Smith. We are now focusing on ocean charters out of Brookings, where lingcod and rockfish season is under way.

During our ocean charters, we target rockfish and lingcod year round. The ocean salmon season is expected to open in mid-May. Halibut season opens May 1. Our very popular Rogue Bay summer salmon season begins in late June or early July, as fall king salmon begin to arrive.