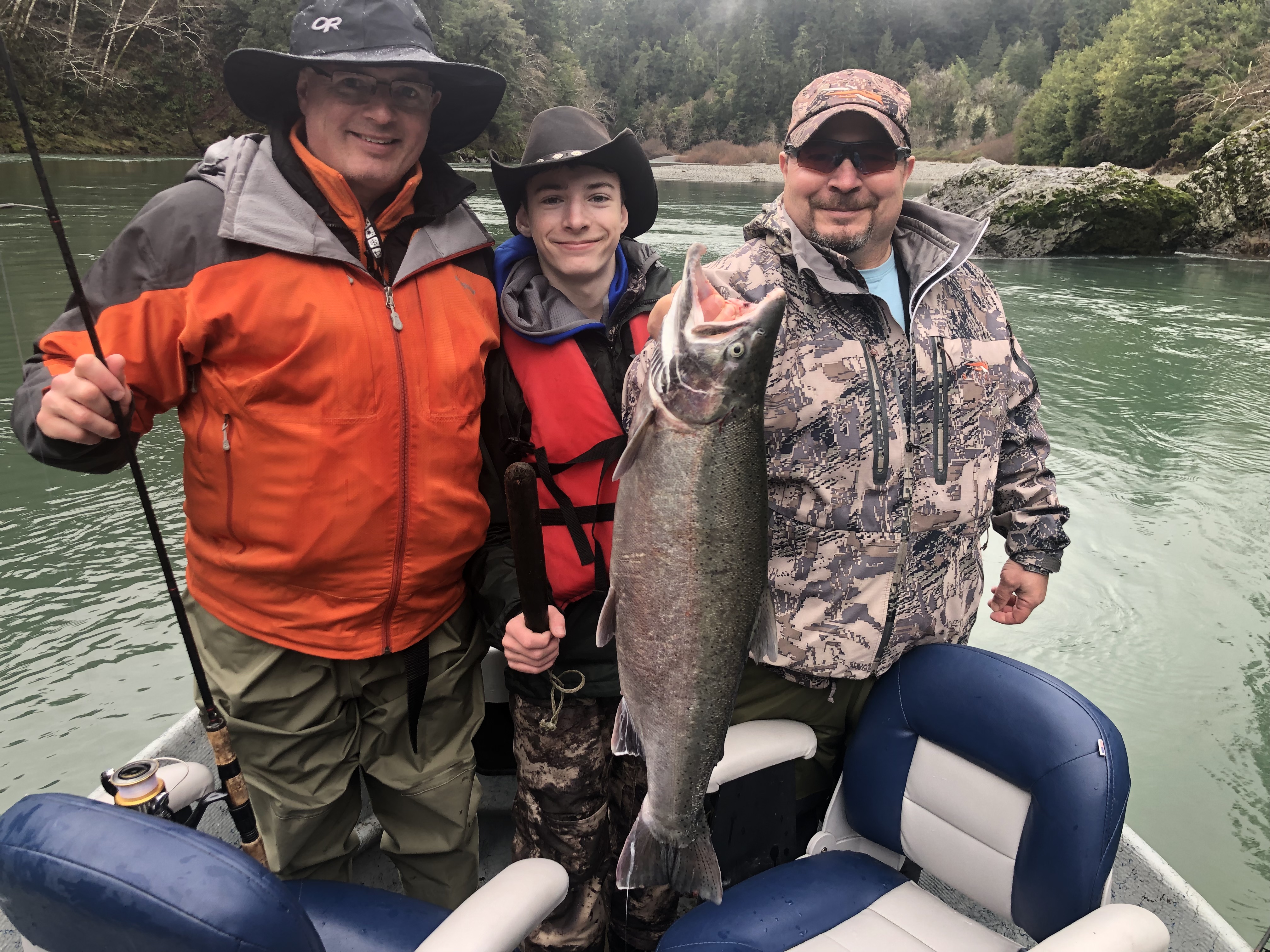 After hit-and-miss steelhead fishing on the Chetco and Smith rivers in January, fishing picked up the first week of February as fresh fish moved in from the ocean.

Wild Rivers Fishing guides have been catching as many as half a dozen steelhead a day. Andy and Travis, with special-use permits from the Forest Service, have been concentrating on the upper Chetco, while Rye has been fishing the lower section of the river. Rye also has spent some time on the Sixes River, while Andy and Travis have made a couple trips to the Smith.

All of the rivers have good numbers of steelhead now. Schools of fish can be seen in the tailouts and the edges of the riffles.

On Monday, Feb. 4, Travis got a double hookup on the Smith just above Ruby. Over the weekend, Andy found a couple of bigger schools on the Chetco and got into several fish in the Wild and Scenic section.

Fishing should stay strong in February, which is the peak season. This year’s run appears to be a little later than most seasons, so fishing likely will remain strong in March.